The U.S. Environmental Protection Agency is taking over as “the brand manager for the Energy Star products program,” according to a recently announced plan to coordinate efforts with the Department of Energy to expand and enhance both Energy Star and the new National Building Rating Program.

In addition to the new effort to recognize superefficient products, the announcement states that the Energy Star products program will be enhanced through expanded coverage, more frequent updates and enhanced efforts on product testing. 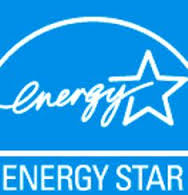 Speaking at an energy efficiency town hall forum held in conjunction with GlassBuild last week, current DOE program manager for Energy Star windows said talks to transition responsibilities would start soon, but he could not yet give a timetable for the change to take effect.

While EPA takes over Energy Star, DOE will manage the National Building Rating Program, “consisting of building test procedures, building rating tools, and consumer-oriented building labels,” the summary explains. “DOE will establish all Federal test procedures for buildings, which will include ‘asset,’ and ‘operational’ characteristics, and benchmark buildings against similar buildings.”  EPA, however, will be the brand manager when the “Energy Star” is applied to …

To view the rest of this article, originally published in the October 2009 issue of Window & Door magazine, click here: http://www.windowanddoor.com/news-item/government/energy-star-windows-moving-epa

The ABC Seamless Color Tool
Decide which color combinations work best for your home by using our online color tool.
choose your colors now
ABC Seamless Default
I have used ABC in the past and again for this project, never disappointed, they do a high quality job with professional service!
Jim L.
Inver Grove Heights, MN
See all reviews
About Us
ABC Seamless has installed durable and beautiful steel home products since 1978
Our proven home improvement solutions and ironclad reputation make ABC one of the most trusted exterior renovation companies in the nation.
Schedule a free in-home appointment
Contact
Your Local Dealer Today
Click Here